A Yin and Yang Garden Retreat in Cornwall

The challenge of this moderately sloping site was to combine 2 level terraces with a step-free circular walking route. 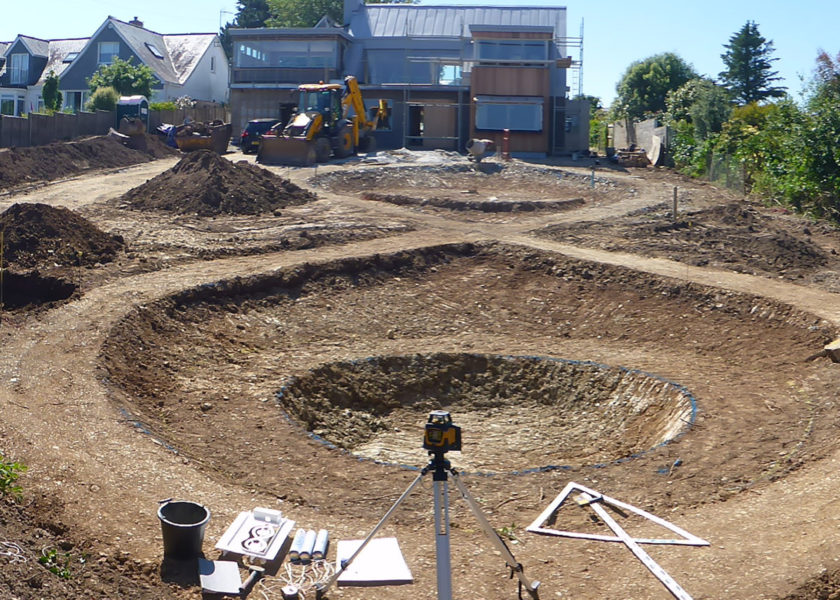 We love when a customer sends us in a case study, especially on such a beautiful garden project.

In the customers own words…

The challenge of this moderately sloping site – overlooking Falmouth Bay – was to combine 2 level terraces with a step-free circular walking route. The client is an avid walker and wanted “to walk around the garden with my cat – without having to look at my feet”.

The client also wanted the design to reflect her interest in ancient Chinese philosophy so two personally meaningful symbols have been laid into the hard landscaping – firstly the divided, but equally balanced, circle of Yin Yang and secondly the rectilinear pattern of Li from the I Ching.

The palette of materials and colours was informed by those used in the client’s ongoing ‘modernist re-imagining’ of the house on the site – galvanised steel teamed with greys and warm buff colours – along with local slate stone from Delabole. And lastly the garden was to be highly sculptural both in its form and content.

The solution was to create a path in the form of two circles – a figure of 8 – each enclosing a terrace – the low, cool, blue, ‘yin’ terrace and the high, hot, burnt-orange ‘yang’ terrace. A foam board visualisation of this concept led to the idea of creating a raised path with clean sculpted edges. In turn this culminated in the choice of Everedge Titan, serendipitously available in galvanised finish. With great technical support from Everedge (take a bow Mr Simon Arrowsmith) we became confident that the material could be formed into the smooth radiuses that we required.

The ground was initially graded to form a flat, but inclined, plane: the level terraces were then cut into this. At this stage the laser level was packed away and the Everedge Titan was laid using only a web of builders lines stretched across the site. The path is laid with a cross fall from the outer edge to the inner edge of 1:50. Even with this gentle fall the overall structure has ‘banked corners’ giving it the feeling of a velodrome – with the whole structure tilted onto the slope.

The Everedge Titan is deceptively simple in structure but well engineered with fine tolerances permitting very smooth lines. The fixing system – lengths of re-bar running through sleeves welded onto the edging – lends itself admirably to fine-tuning the curves and adjusting the gradients to mm precision, both down the slope and across the path. The other deal-making feature was the ability to ‘tie’ the two sides of the path together using pallet-strapping threaded through the same metal sleeves. This had multiple benefits, allowing the width of the path to be set (using adjustable buckles), again to mm precision, and making visible the entire, smooth, outer edge of the Everedge Titan. The bolted joining system is very positive and secure and most importantly doesn’t affect the smoothness of the curve when several pieces bolted together are formed into a single curve. We easily formed two circles of 3.5m radius (7m diameter) without the need to ‘bend’ the material. And it can go even tighter – the curves in the circle of Yin Yang are just 1.5m radius (3m diameter)

The Everedge Titan is teamed with a number of other materials. The surface of the path is made from the UK’s premier self-binding gravel – ‘Breedon Golden Amber’ – to create a raised path with clean galvanised edges and golden surface – all with no visible means of support and without using so much as a trowel full of mortar. The bottom edge of the Everedge Titan meets a bark mulch – a perfect example of ‘complementary opposites’, ‘hard and soft’, the yin and the yang. Elsewhere, to achieve a cut-and-fill terrace it is teamed with Delabole slate: in the circle of Yin Yang it is filled with river-washed golden pebbles.

Working near the very tip of Cornwall presents its own special challenges: from the moment of initial inspiration it has taken 5 years to evolve the design and complete the construction. It remains a work-in-progress. But the journey has been as enjoyable as the end result and has been enriched by the many partnerships forged in the process, most especially with Everedge and Breedon Aggregates. Every day brings new and unexpected enjoyment of the structure. The play of light and shade – the embodiment of yin yang – as the sun moves around and changes altitude by season plays endless new visual tricks. And as the planting establishes the structure becomes partially hidden during the spring and summer and is revealed again as the perennials die back over autumn and winter. 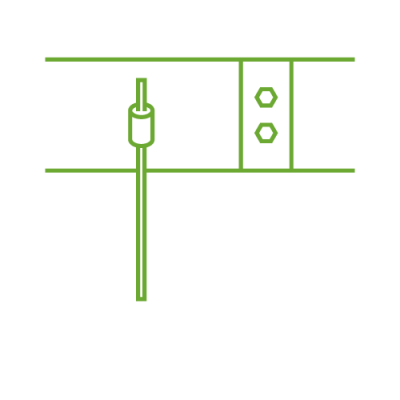 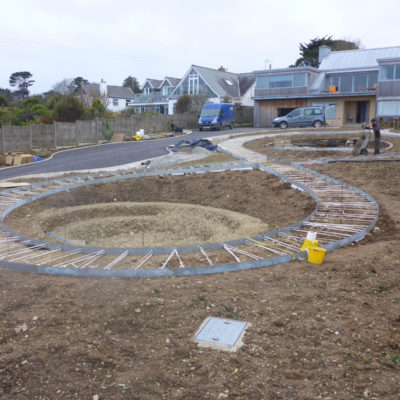 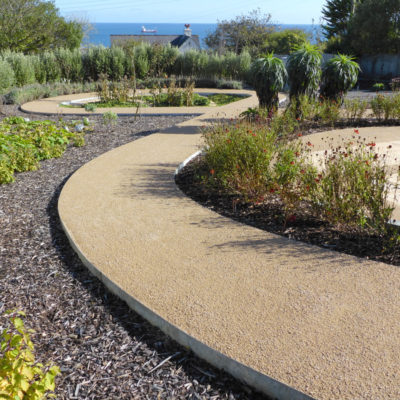 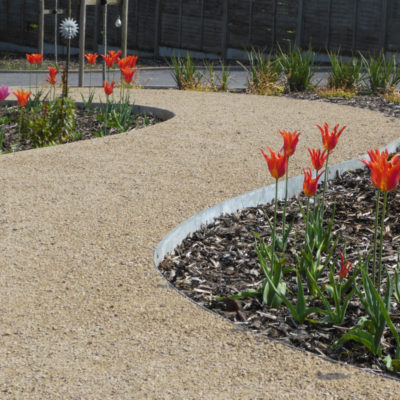 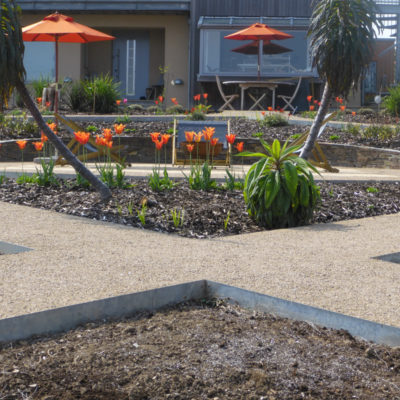 Got a project
in mind?

I had high hopes for the Everedge but even those have been exceeded - it has actually brought a touch-of-magic to the garden in the way that the ribbon of steel interacts with the light and the other materials. It has also become a perfect framing and zoning device for designing the planting-up of the garden.