We had an amazing time at RHS Chelsea Flower Show and we hope you did too! 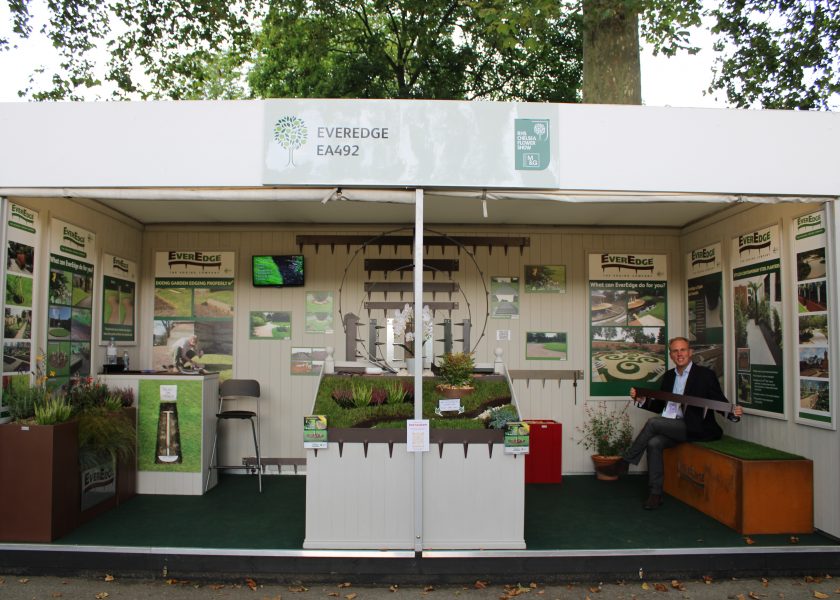 We had an amazing time at RHS Chelsea Flower Show and we hope you did too!

It was a once in a lifetime opportunity, being held in September as its never happened before and it may never happen again. Last year was the first time that Chelsea Flower show had been cancelled since the Second World War and the first time it was transformed into a virtual event.

When we had a chance to look round the gardens, we were inspired by the creativity people had brought into play with their gardens.

The Yeo Valley Organic Garden was designed by Tom Massey and Sarah Mead who have been patiently waiting since May 2020 to bring the garden to life. The garden was designed to help showcase the benefits organic gardening can have on the environment. A gold medal was awarded for this garden and we would like to congratulate Tom and Sarah for this amazing accolade.

Saatchi Gallery We were fascinated by Dan Rawlings art installation for Saatchi Gallery. Entitled ‘Delays Expected’ it features the carcass of a hand-cut Ford Transit on a ‘garden’ of urban detritus. Clearly aimed at making you think, look closely at how well the trees have been created out of the van’s body. The intricate foliage pattern is created using a plasma cutter, a handheld torch that combines electricity and compressed air to cut through the metal.

60° East: A Garden Between Continents.

This was a show stopper in my eyes at Chelsea.

Generations come and generations go but our earth remains forever.

Show Garden created by two designers, one based in Russia and one in the UK. The original idea came from Ekaterina Zasukhina, who lives and works in the city of Yekaterinburg – a metropolis at the foot of the Ural Mountains, on the border between Europe and Asia. The Ural Mountains run north to south at 60 degrees latitude – hence the garden’s name – and sit between two continents.

The garden includes three figurative pieces by artist Penny Hardy, who makes sculptures out of manmade materials. “The sculptures are of a man, a woman and a child, which are made out of rusting metal parts, including pieces of machinery from places around the Ural Mountains. They are quite beautiful and wistful, and look like they are blowing away.”

There is also a bridge engraved with a quote that references the core message behind the garden. “It’s about the passing of the generations, and the fact that that we are transitory. We all come and go through the world, and it’s easy to forget about nature and the bigger picture – but the Earth remains forever.”

Looking ahead to next year, RHS Chelsea will be returning to May with the launch of Project Giving Back, a new initiative to give charities the opportunity to promote their message with a fully funded garden. Eight show gardens will be funded for 2022 event.

The pandemic has shown us that RHS is even more determined to hold an event which emboldens and showcases the industry, as well as inspires existing and a new generation of gardens and gardeners. RHS Chelsea is back and bolder than ever.